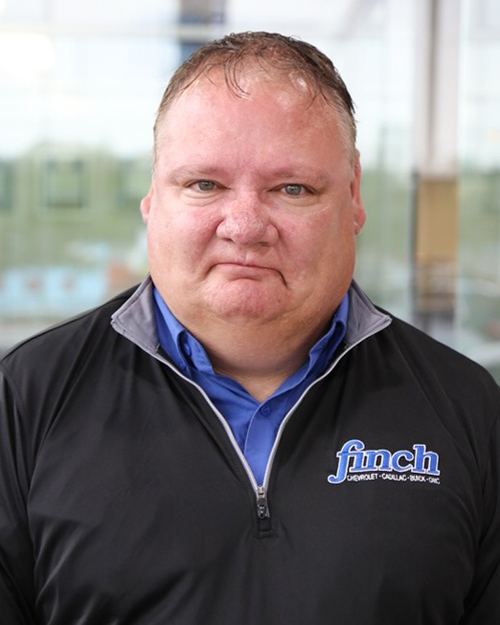 After starting with us in March of 2002, Rich Spence left and returned to us in July of 2003. He has been a Service Advisor with the Finch Chevrolet team ever since. Rich came by his job in the automotive industry honestly, his dad was an automotive technician. It was always an industry he had an interest in.

He worked previously as a Service Manager in a popular retail store and has always known that this was the right career choice for him. Being able to help people and treating them honestly and fairly is the most rewarding part of his job. Knowing that he can shake the customer's hand at the end of the day and he's done everything to help them out is what keeps him going. When he's not at work you can find Rich spending time with his two daughters having family time. His favourite hobbies include football, Nascar, baseball and hockey.

An all-around sports fan. Rich stands behind our awesome staff here at Finch Chevrolet. He needs to work in a place where he trusts people because they're doing the work for him, and he is working for his customers. The relationship that he builds with customers and the trust that is formed is why you shouldn't hesitate to come in and pay him a visit.