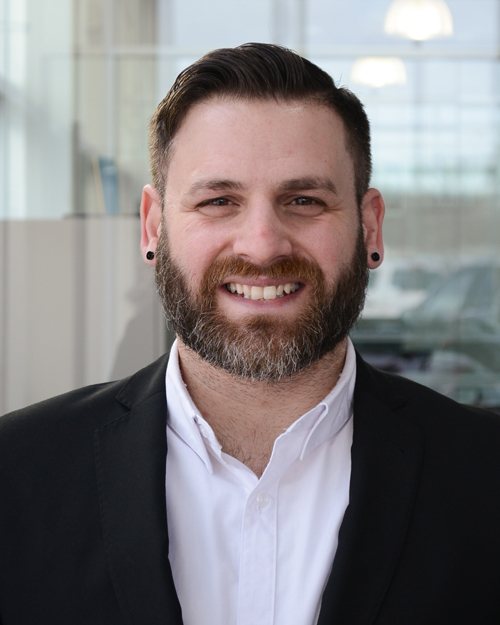 Nick D’Oria began his career in automotive sales in February of 2018. Described by those closest to him as loyal, honest, fun and considerate, Nick strives to ensure that his customers enjoy the best possible sales experiences while having a little bit of fun along the way.

In his time away from the dealership, Nick loves staying in and enjoying dinner parties and game nights with family and friends. Nick and his fiancé Eric have two cats and a dog named Luke who they adopted through ARF Ontario. In addition to ARF, Nick is also a proud supporter of Regional HIV/Aids Connection and the Canadian Cancer Society. Nick has even been involved in the London community theatre scene since 2012 having completed his 9th show in October of 2017!

Nick draws his inspiration from those closest to him including his parents, fiancé and closest friends. He strives to be the best version of himself that he can be and he applies that principle with each and every one of his customers. If you choose to have Nick assist you with the purchase of your next vehicle, you can be assured that he will always have your best interests in mind. That’s why Nick is such a valued member of the team here at Finch Chevrolet!