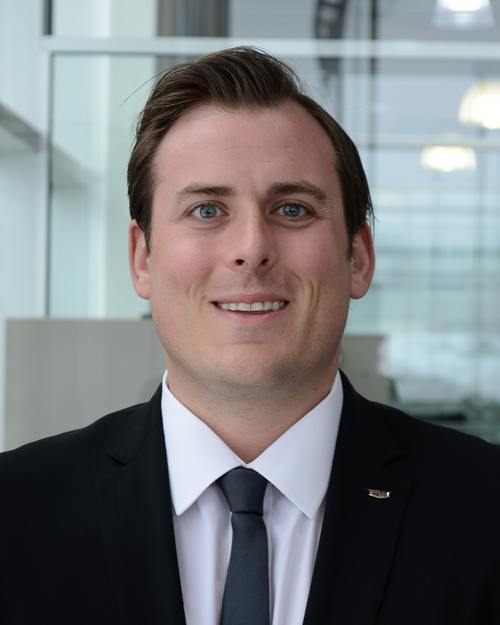 Ever since he took ownership of his first vehicle – a 1989 Civic SI Manual that he won in a bet with his boss – Morgan Crosbie has been an absolute automobile enthusiast. He started working in the automotive industry in 2011 as a Lot Attendant right here at Finch Chevrolet. In 2012, he moved over to our sister store, Mercedes-Benz London, where he managed the lot until February of 2014 when he joined the Sales team at Finch Chev.

Whether he’s at work or away from work, Morgan lists cars as his primary hobby. He attends car meets, Cruze nights and car shows year-round and he enjoys working on his own cars in his spare time. Morgan lives and breathes in the automotive world and there is not a question that he can’t find the answer to!

Beyond that, Morgan also enjoys living a healthy, active lifestyle. He runs the trails along the Thames River and Boler Mountain on a daily basis and he snowboards whenever he gets a chance during the winter.

A graduate of the University of Windsor with a B.A. in Political Science, Morgan is a proud supporter of TenTree International, a Canadian-based clothing company that plants 10 trees for every article of clothing purchased. He aims to do whatever he can to offset the environmental footprint of the cars that he sells.

Morgan has been a loyal member of the Finch family since 2011 and he strives to grow in his experience and knowledge every single day. We are very happy to have him on as a member of our sales team!