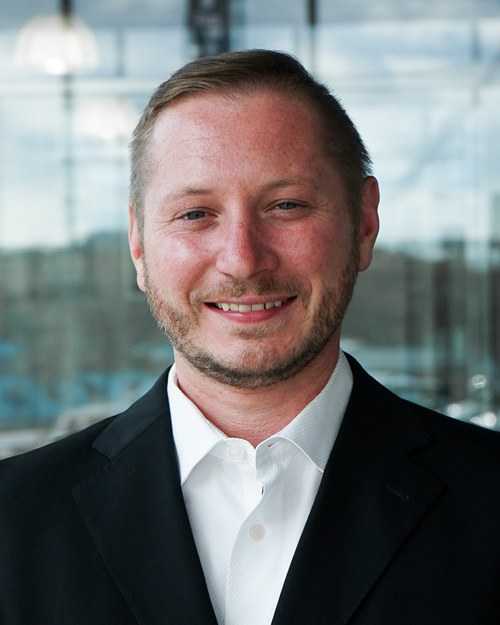 Jesse Hughes began his adventure in the automotive service industry in 2014 when he moved from Toronto to London to be with his partner. Although he had not sold vehicles in the past, his passion for helping others evolved while working in the Executive Suites at the Rogers Centre so the transition felt natural.

Jesse has been married for almost a year and lives in the beautiful town of Strathroy. When Jesse isn’t in the office you can find him planning road trips with his wife, Cassie. They also spend a lot of time at the Strathroy Dog Park with their giant Anatolian Shepherd/St Bernard/Chow mix called Dill, who they adopted from the Animal Rescue Foundation. In addition, Jesse and his wife volunteer at the Mount Brydges and Area Optimist Club.

Jesse believes that purchasing a vehicle is more than just a mundane part of life. He sees it as a special event. He is someone who will be there for you when you walk through the door, have questions, have stories to share, or want to shake hands and celebrate your big day! Whether this is your first vehicle purchase or one of many, the experience should be just as memorable. Be confident knowing that Jesse can help makes those memories with you.